She is the Goddess of science, education, literature, art and music. On the Balinese holiday in honour of the Goddess Sarasvati a ceremony takes place in probably every school on Bali and there is no teaching. 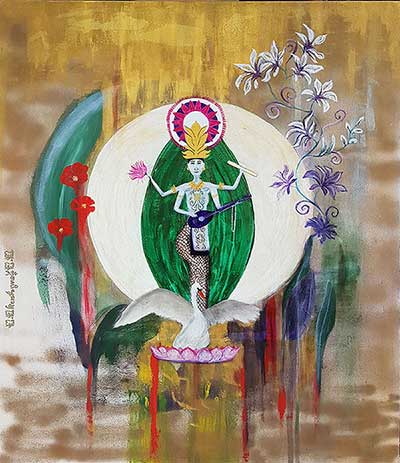 She is the Goddess of science, education, literature, art and music. On the Balinese holiday in honour of the Goddess Sarasvati a ceremony takes place in probably every school on Bali and there is no teaching.

Immediately to the order of original or art print

The Goddess Sarasvati in Bali

Dewi Saraswati is the consort of Brahman, the creator god. She has a flower, a lontar book, a pearl necklace and a musical instrument in her four hands. And she is depicted with a swan on which she also flies.

Goddess Saraswati is important for artists, but also for all students, teachers and researchers.
Art plays an essential role within Bali’s spiritual tradition. Therefore, it is little wonder that Dewi Saraswati is an important deity for the Balinese.

On the day of Goddess Saraswati, following the Balinese calendar a few weeks after the highest holiday Galungan, there is no learning, teaching or reading. Traditionally, one brings a book (if the family owns one) to the temple or where the ceremony takes place, so that it is blessed. Students go to school on Goddess Saraswati Day only for the ceremony and then have the day off. I asked Balinese friends who study and like to read if they would then carry all their books to the ceremony. Of course not, they would only choose a few to be blessed.

Designated temples for Dewi Saraswati in Bali are rare. There is one Saraswati temple in Ubud.

The Making of the Painting Devi Sarasvati

When I started to paint the picture, I did not yet have a clear idea of where it would lead. The shapes on the canvas were large, chaotic and in rather dark colours. A Balinese painter friend of mine saw the painting in that state and said I was probably painting Bhuta Kala, the low energies.

To be honest, I did not have an easy time then. From that emotional state came the connection with rather low vibrational energies, which are not necessarily negative. These energies are called Butha Kala in Balinese and have the potential to be disruptive to people, but can also be quite calm. In Bali, they are considered part of the invisible world and get their share of offerings because everything is allowed to remain in balance.

The image gets a new direction: Devi Sarasvati

After the Balinese painter’s hint, I looked at the painting in the making for a longer time and it seemed to me that the goddess Saraswati could restore the balance of the painting as well as my inner balance. A daring thought because I had never painted these goddesses before. And then she also has the swan, one of her attributes. The depiction of a goddess must reflect her status and equally respect for what she represents.

But when Goddess Saraswati enters with her creativity, art and play, heavy energies become light. And that is exactly what happened in the painting process.

It was as if Dewi Saraswati herself had helped bring the representation to the canvas as appropriately as possible.

Engrossed in the contemplation of the Bhutakala painting, I had the inspiration to invite Dewi Saraswati. Now the image has become for me a representation of transformation from the lower to the higher. I can choose daily what I want to focus on in the long run. 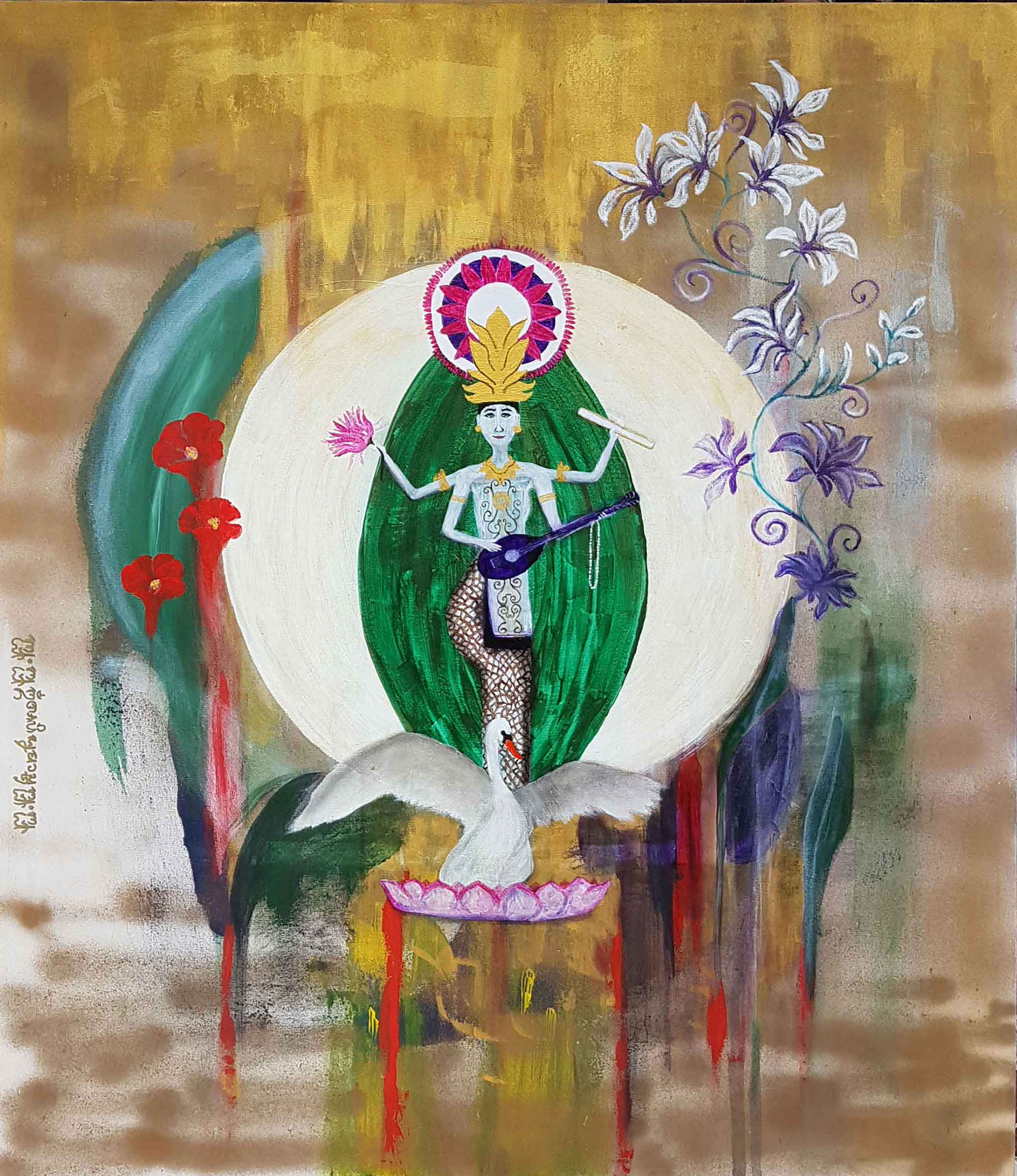 Click here to go to the website Artpal.com. On Artpal.com you can order art prints of this painting in different sizes and qualities! 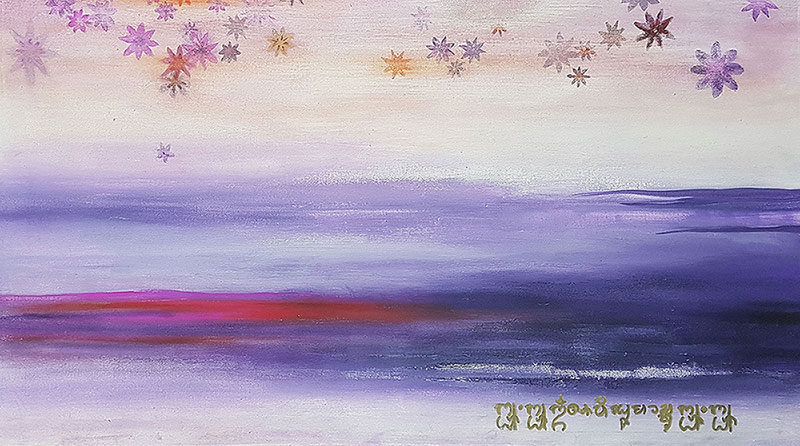