Pura Dalam
in Bona
No 1

Dalam temples can be found in every village in Bali. These are consecrated to Shiva and hold the energy of destruction and thus of transformation, so that new things can evolve. 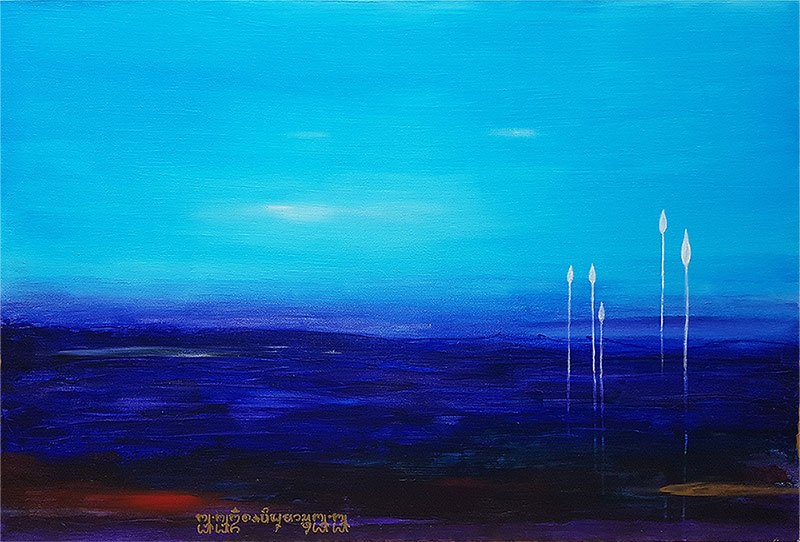 Dalam temples can be found in every village in Bali. These are consecrated to Shiva and hold the energy of destruction and thus of transformation, so that new things can evolve.

It was not the response of the temple energy that impressed me, but the serenity and equanimity that I felt.

On Galungan, the highest Balinese holiday, where ancestors and gods are invited to descend into the worldly realms, I got the inspiration for the paintings of Pura Dalam while praying in Pura Dalam. Sometimes I hear or feel “messages” in the temples. And on the occasion of Galungan I asked: what is death? The answer was: “Life and death are the same.” I know life, so I know death. But it was not the answer of the temple energy that impressed me, but the inner peace towards life and death that I felt. Serenity, equanimity, and the acceptance of everything that happens in my life.

Every village in Bali has three public temples: Pura Desa (village temple), Pura Pusa (temple in the center) and Pura Dalam (temple of the interior). Pura means temple. After the Indonesian Hindu aristocracy had come from Java to Bali, the caste of priests decided that it would be most peaceful to have one temple for Shiva, one for Brahma and one for Wisnu, the three main gods, in every Hindu community in Bali. Even if some households are more devoted to one of the gods, the whole community takes part in ceremonies in each of these three temples.*

Pura Dalam is the temple dedicated to Shiva (the destroyer). It is the temple associated with death and thus transformation. Thus something new can develop.

Most people and I myself have gone through difficult times and experience occasionally new challenges and obstacles in the present. In the energy of equanimity, there is still the serenity and confidence that in the end the endless blue sky will be seen again.

You can see the painting and behind it the photo of the temple Pura Dalam in Bona by using mouse-over.

Order for a fee

More paintings of the temple Pura Dalam in Bona 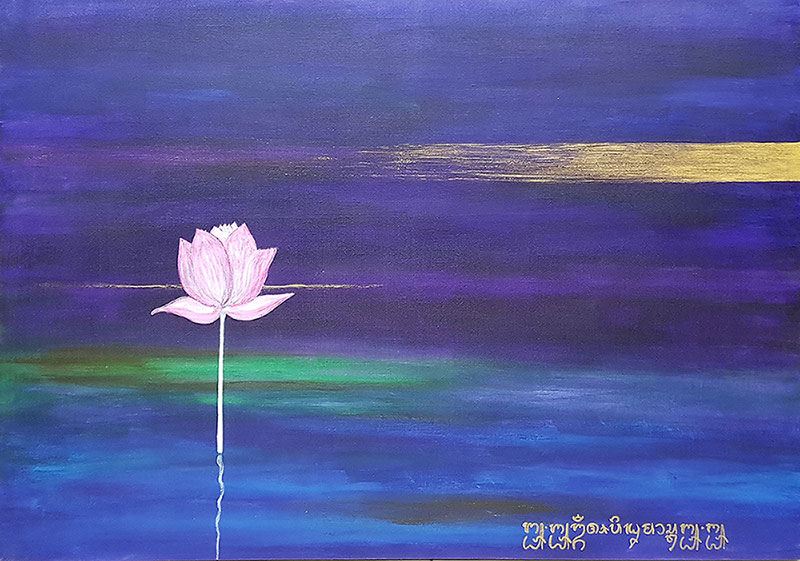